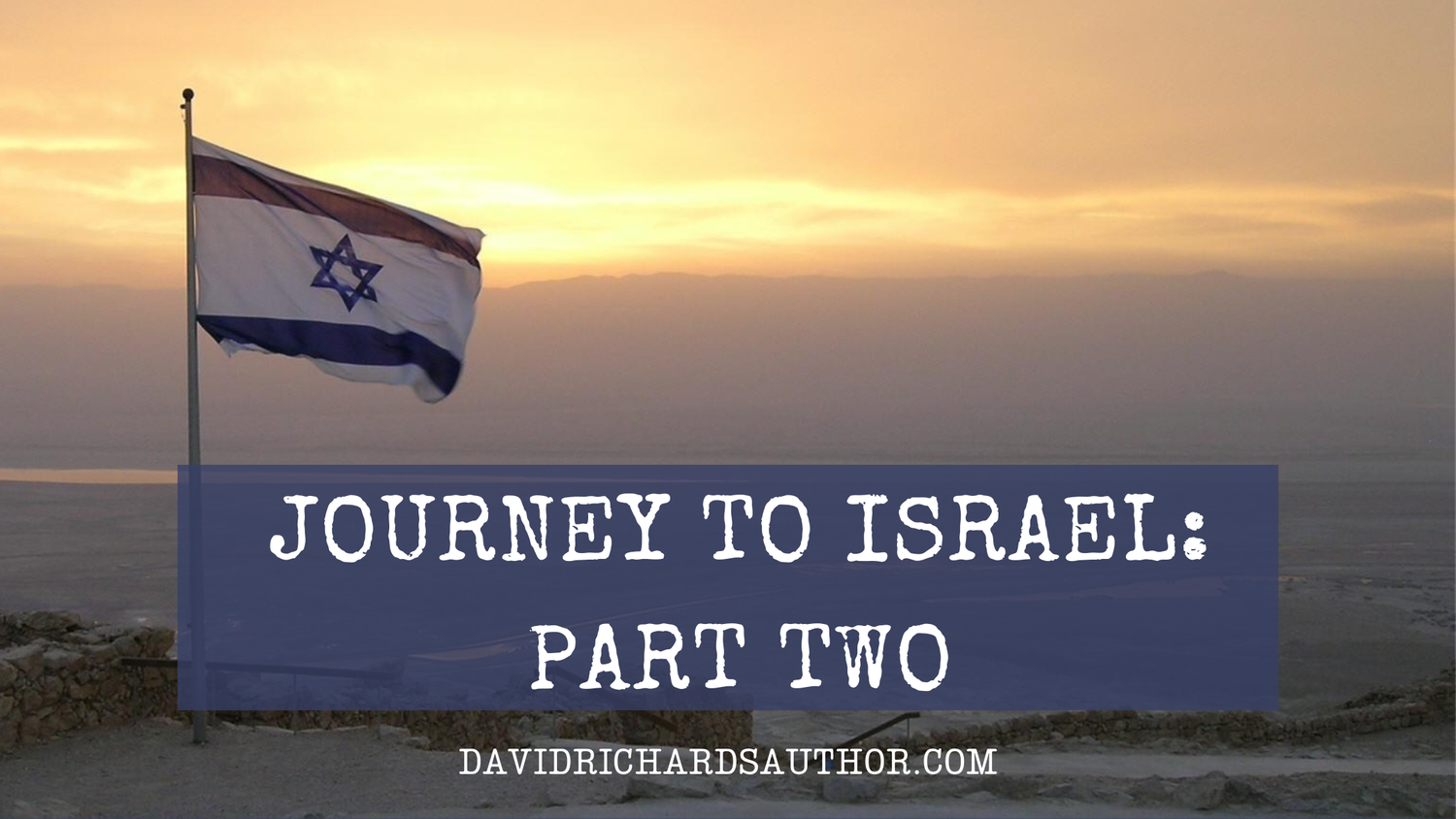 Hey everyone! As I mentioned in my previous post, I am blogging over the next few weeks on my recent trip to Israel. In today’s post, I’m covering Day Two of the trip, which was spent entirely in Jerusalem. Looking back on it now, it’s incredible to realize how much ground we covered on this day.

The Western Wall was built by King Herod as an expansion of the Second Jewish Temple. Before my trip, I wasn’t aware of how significant Herod’s contributions were to the Jewish people; his support was quite extensive.

As it was Passover, the Western Wall was full of the Jewish faithful, reciting prayers. At different intervals, groups would join arms, forming a large circle, and dance as they sang. The throng of people was impressive and, after spending a few minutes taking it all in, Tareq and I headed to the Temple Mount and the Dome of the Rock. 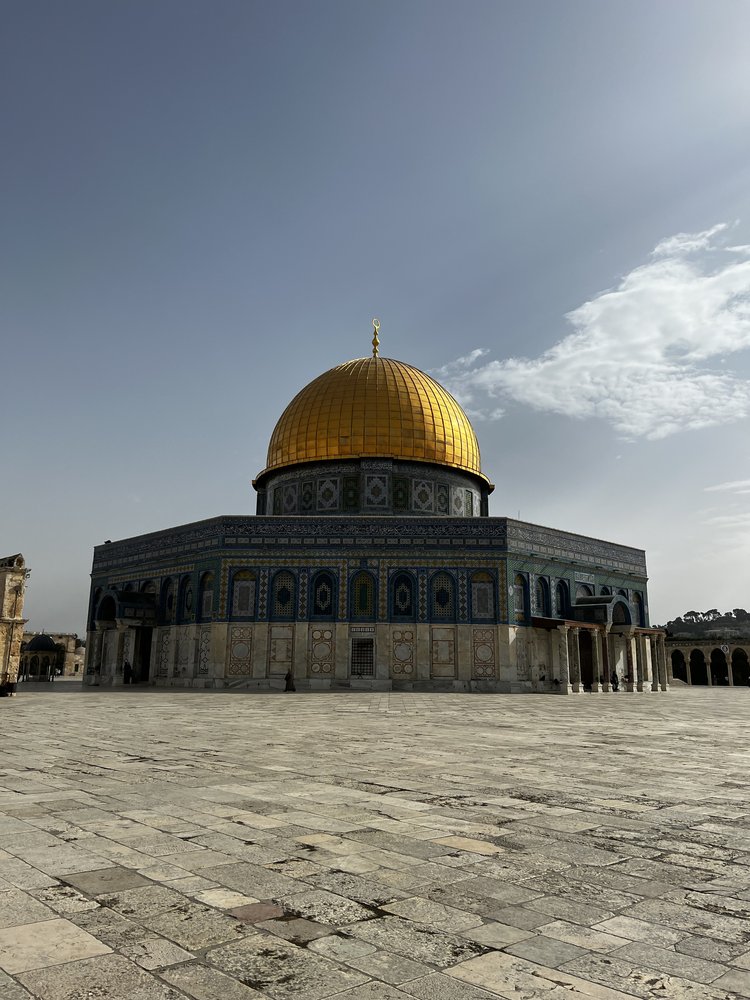 The Dome of the Rock houses the Foundation Stone, or Noble Rock, which bears great significance in the Abrahamic religions as the place where God created the world, as well as the first human, Adam. It is also believed to be the site where Abraham attempted to sacrifice his son.

There were few people around the Dome, save for a handful of Muslim women, who were chiding large groups of Jewish tourists as they walked by on the lower level. Besides this, the only other tension I saw was when a large group of Jewish faithful presented themselves outside the Jaffa gate with the intent of marching through the Muslim quarter. The Israeli military did not allow that to happen.

After walking around the Dome learning about its history, Tareq and I headed underground to see an older portion of the Western Wall. Jerusalem has been conquered so many times, the city has been rebuilt on top of itself on repeatedly over the course of history. Being underground was fascinating and, while we were some twenty feet below the street, there were still older sections fifty feet below us that were off limits to tourists.

That was the first half of our morning. With the second half, we began our tour of the fourteen Stations of the Cross.

As a Christian, it is hard to put into words the experience of seeing each station. The Old City is extraordinary; the streets are narrow, some so much so that only human traffic can pass down many of them. Shops line the streets on either side, with occasional doors for private entrances breaking up the marketplace feel. There is a constant flow of people, and the air is rich with the smell of incense and exotic foods. Some of the stations are little more than a memorial placard at a busy intersection. We made our way through just over half of them before stopping for lunch. 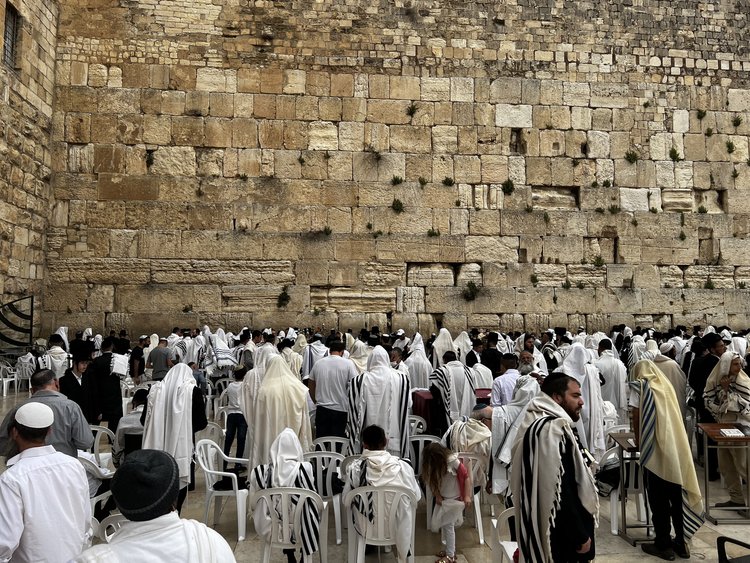 Tareq’s knowledge was extraordinary; at various stages we discussed the city at the time of Jesus, the erecting of the Church of the Holy Sepulchre in the early 4th century, and some of the more destructive chapters of the Crusades. The Church is built over two of the holiest sites in Christianity, where Jesus was crucified and buried.

As we made our way to church, we came across an interesting scene. The Church is primarily maintained by three different Christian groups: Roman Catholic, Greek Orthodox, and Armenian Apostolic, with three additional groups sharing lesser responsibilities. These orthodoxies include the Coptic, Syriac, and Ethiopian, and it was representatives from these groups that Tareq and I came across. There were a handful of men engaged in a passionate discussion having to do with the church. I was concerned that we might not be able to get in, but after a few minutes, we passed and made our way inside. 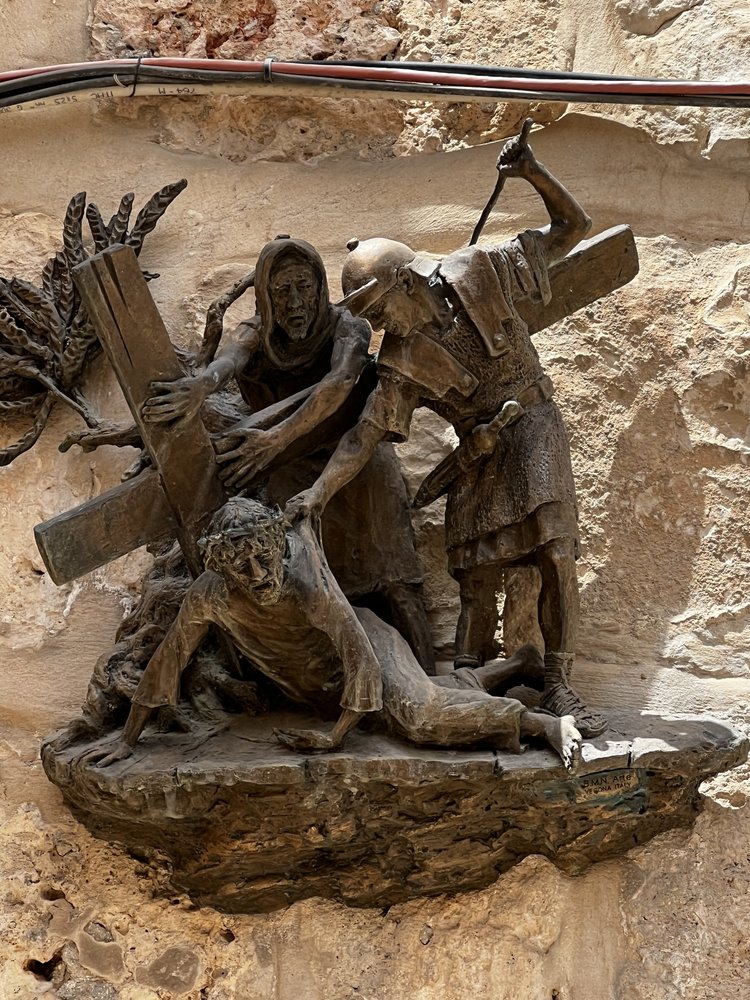 The ornate beauty of the church was breathtaking, with each wall, each statue or piece of art, paying tribute to the story. As we made our way into the lower levels to visit the tomb, Tareq observed the impact the pandemic has had on tourism, one of Israel’s main sources of income. He mentioned that pre-pandemic, we might have waited two hours or more, just to spend twenty to thirty seconds in the tomb. On the day we visited, we waited a little less than fifteen minutes, much of which was spent watching as church leaders from each of the three different groups cleansed the tomb with incense and prayer.

The tomb is small, with a stone bed built into its side. We were two of the first people to enter after the cleansing, and I stood in silence, doing my best to appreciate the space I was in. After a few seconds, we were ushered out, and went on with the day.

From there, we had a considerable walk to the City of David, outside the walls of the Old City. We also had our best view of the Garden of Gethsemane, though that would be one stop we didn’t have a chance to make. Once there, we proceeded underground, and walked for five hundred meters in a 2700-year-old water transport system, known as the Siloam Tunnel. The resilience of our ancestors from a bygone era impressed me immeasurably, as the stone they cut through was quite solid. It’s not every day you can walk through a water system from the Iron Age. The water “tunnel” still had water in it; it was about calf-deep. The top of the tunnel was significant, as high as eight feet in some places, before dipping down in the middle section of the tunnel. There, for about a hundred yards, the top of the tunnel was only about five and a half feet. When you’re over six feet like me, that gets uncomfortable quickly. Still, it was fun! 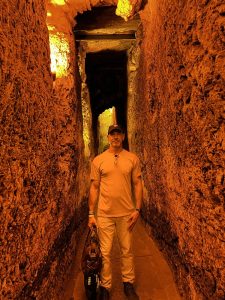 That felt like a lot to pack into a nine-hour day. As I thanked Tareq and began the trek back to my hotel, part of me was still awestruck that I was here, seeing these places that I’d heard stories about for most of my life.

Part of my reason for making the trip was research/inspiration for my next book. If you’re new to my blog, I invite you visit my previous blogs, available on my website, to get some additional background. Another, big part was, I wanted to see these places for myself, wanted to hear the thoughts and perspectives of someone who’d grown up here, and wasn’t Christian.

Over the last two and a half years in doing research for my book, I’ve become convinced that the three great religions of Judaism, Christianity, and Islam tell a love story…perhaps the greatest love story in human history…and I have been obsessed with seeking to understand what that love story might be.

At the same time, the love story needs some updating. That’s where my next book comes in. More on that in upcoming posts. In next week’s blog, day three sees us going to visit King Herod’s Tomb, the enchanting town of Bethlehem, and rounding off the day with a stop by Jerusalem’s famed museum before having dinner with Tareq and his beautiful family.