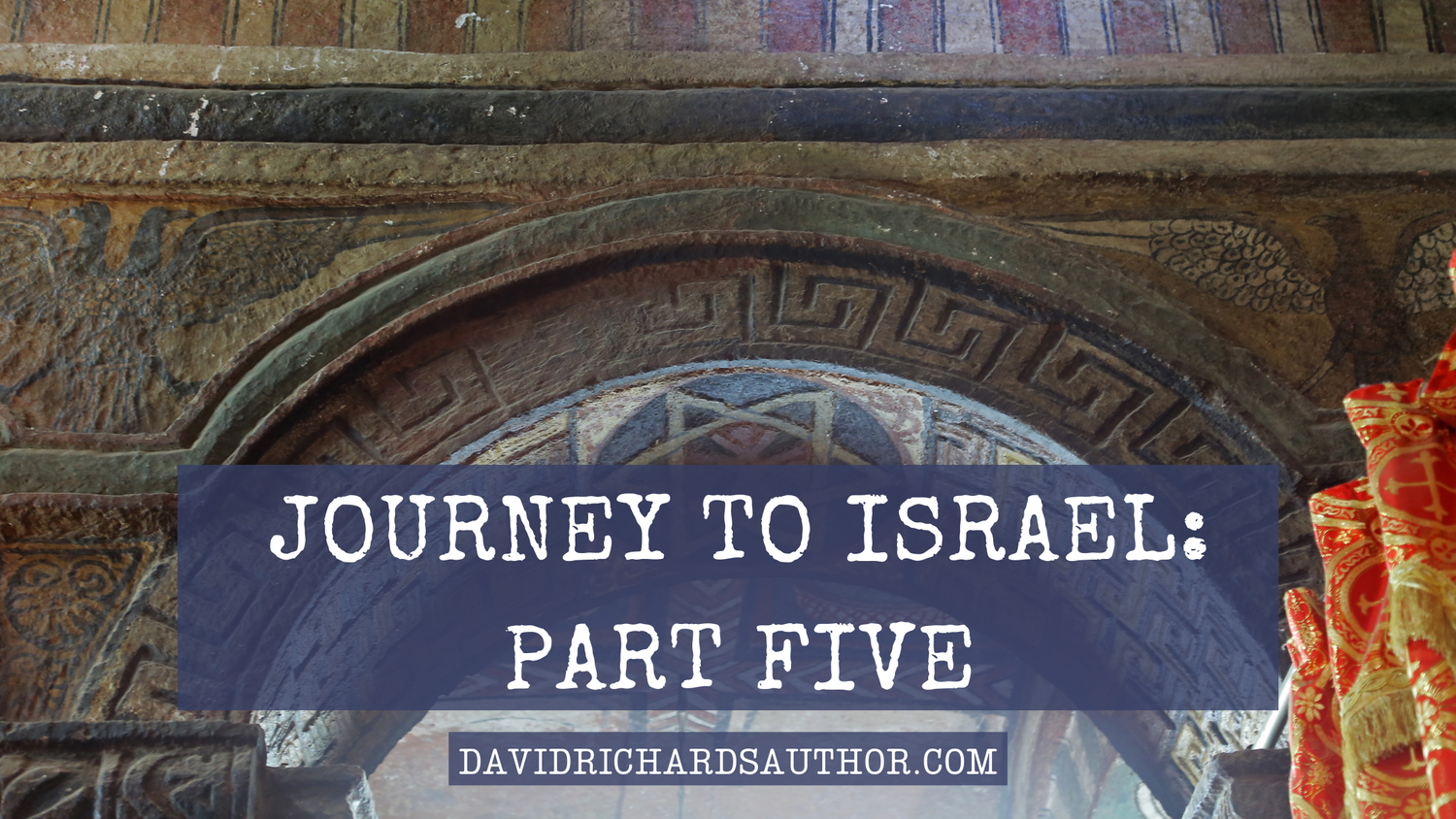 Hey everyone!  Happy September!  If you’re here in the US, hopefully your temperatures are starting to cool down.  We have some low- and mid-80s here in North Carolina, with temps dipping down into the 60’s a few nights…a sure sign that Fall is on the way.

Before I jump into day five of my Spring trip to Israel, I wanted to give a shout-out to Brad Krause.  Brad, thanks for offering to submit an article; removing negative influences from our lives is essential if we are to live the life of our dreams.  Your article was a great reminder: live in the present moment.  On to day five.

It’s hard to believe it’s been nearly five months since I went to Israel.  I still have such a distinct sense of being there; I can hear Tareq’s voice, sharing with me a pearl of wisdom at one of our many stops.  I can see how clear the water was at the Sea of Galilee, and the schools of sardines swimming along its shore.  I smell the faint, yet unmistakable mix of incense and Mediterranean food.  Even though I was there just a week, every day was full of such richness and fullness, and day five was no exception.  We spent some more time around the Sea of Galilee, or Kinneret as it’s known today, then made our way to Nazareth.

One thing I gained a new appreciation for as day five dawned was the distance people traveled back during the time of Jesus, mostly on foot.  Our drive from Jerusalem to Galilee took at least two hours, and we were making good time.  From Bethlehem to Jerusalem felt like a trip that could easily be made in a day; Galilee felt like at least a week’s journey, and that assumed you were walking upwards of twelve miles a day.  Nazareth would be about a thirty-minute ride.

Visiting these lands where all this significant history took place, I found myself feeling a little odd.  On one hand, I was walking in the land where the stories of Jesus took place; there are distinct landmarks and spots linked to him via the Bible.  I appreciated that Tareq lived this every day.  People wanted to visit this land, and hear from someone who lived in it, day in and day out. 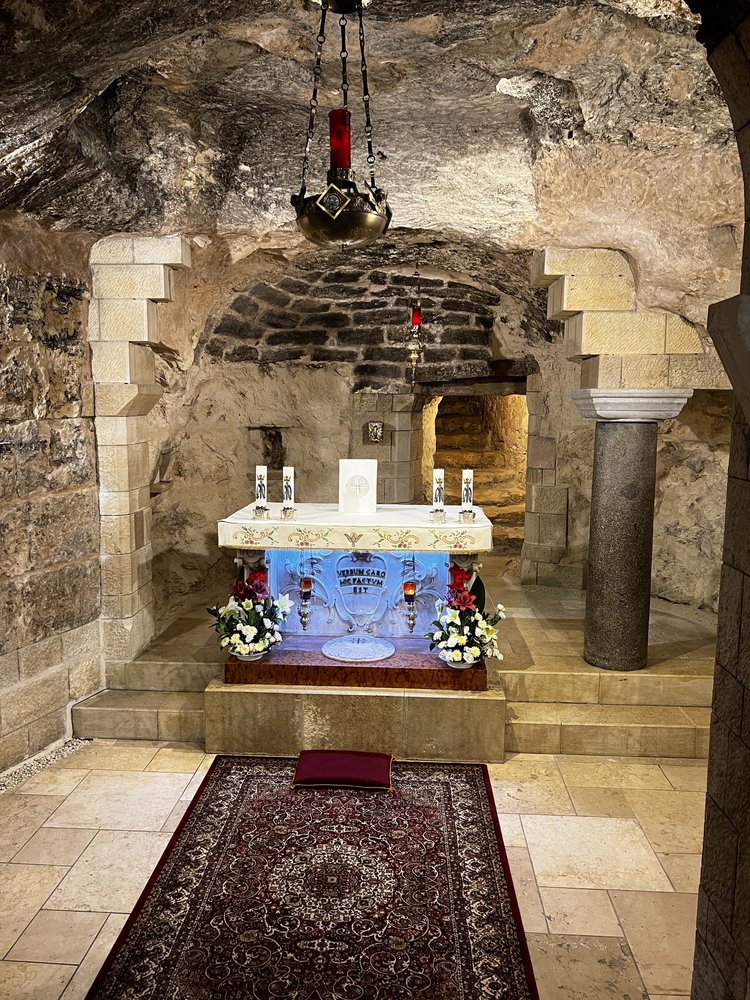 On the other hand, I realized that I was standing in the land that gave birth to the events and stories that shaped much of western civilization over the course of the last two thousand years.

I’m grateful for my time in the Marines, and the phenomenal education I received in understanding the development and evolution of warfare from the time of the ancient Greeks to the modern age. While working on my next book these past few years, I took that education and asked myself, what does the evolution of warfare have to do with the spread of Christianity through the rise of western civilization?

Even reading that last sentence, it sounds a little boring and stuffy. Trust me, it isn’t! More on that later.

Day five had me excited. With all I’d seen so far…Jesus’ birthplace, the stations of the Cross, his tomb…the one thing I was most excited to see was waiting for us in Nazareth. It is what is believed by many to be Jesus’ childhood home. Tareq mentioned that there were two inscriptions found outside the home that indicated the house belonged to his mother Mary.

A church was first built on the site in the 4th century, the Basilica of the Annunciation.

The basilica was magnificent. It was enormous, with ornate carvings in the stone, depicting the significant events of Jesus’ life. Adorning the walls outside the basilica were impressions of Mary and the infant Jesus from countries from around the world. Japan, China, India, Russia, Vietnam, Turkey, Mexico, and Brazil were but a handful of the dozens of countries whose artists had created beautiful renderings that distinctly honored mother and child, each within the country’s unique identity. 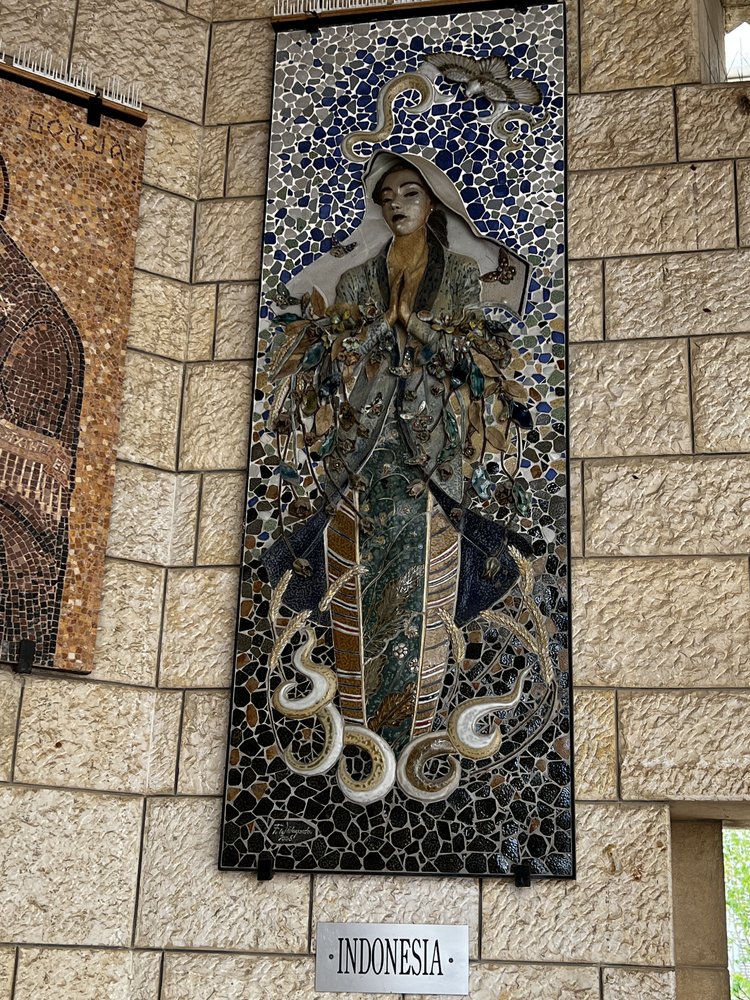 Once we made our way inside, I was immediately reminded of what makes churches in Israel seemingly so unique; so many are built on top of something significant. In this case, in the center of the basilica, there were steps leading down to an open space that gave the viewer direct access into the home of Mary.

We stayed on the main level for a while, admiring the international artwork that lined the basilica walls. When we finally made our way down to investigate the home, I’ll admit…I felt a little like a kid.

This would have been where Jesus had been a boy. I found myself wondering, when did Jesus know who he was? What did Mary and Joseph say to him about the unusual circumstances around his birth? Being a huge superhero fan, I couldn’t help but think of the modern Superman movies, and Clark Kent’s parents having to grapple with their son being who he is, and when to tell him. For the incredibly thin catalog of information we have about Jesus’ life, what was the rest of it like? I knew I wasn’t going to find those answers in Nazareth, but enjoyed asking these questions.

After leaving the basilica, we had lunch in an amazing café. It was closed, but the owner agreed to make something for me because of his strong bond with Tareq. The food was exquisite. Afterwards, we stopped at a gift store where I picked up gifts for my family, then we hopped into the car and made our way to the coast and the city of Netanya. 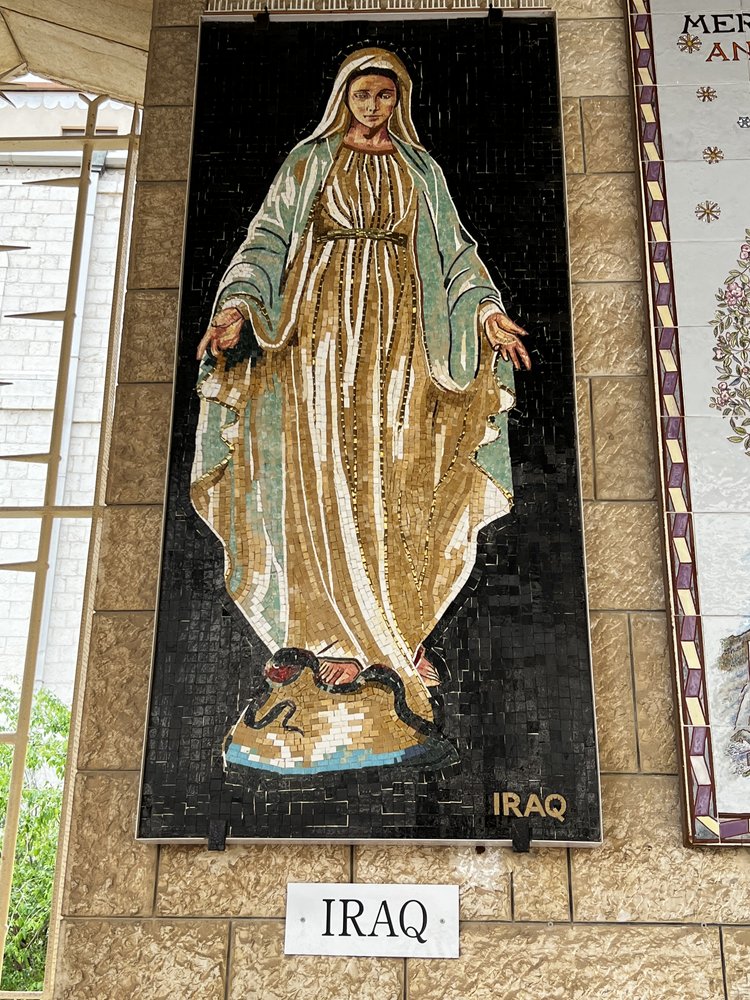 It was cool and windy by the time we arrived in this beautiful Mediterranean coastal city. The white sandy beaches and crisp blue waters of the Med looked inviting, but we checked into our seaside hotel and agreed to regroup in two hours for dinner.

We met down in the hotel lobby just as the Mediterranean sun was dipping below the horizon, allowing Tareq to break his fast. We found a lively spot a few blocks away and settled on a great seafood restaurant. The food did not disappoint! We made our way back to the hotel and parted ways for the evening. The next day would be my last full day of touring, and I was excited to see more of the coast and its ancient ruins.

As we wrap up this blog, I want to revisit something I shared earlier about the education I received in the military, and how I used that education to explore some key concepts to weave into my next book.

Just last week, I sent the completed manuscript off to my layout designer; she’s the person who will format the book’s interior, and then work with Amazon’s publishing branch to make the book available on KDP and Ingram Spark. She did fantastic work on my last book, The Lighthouse Keeper, and I’m excited to see how she brings her talents to this latest story.

If you’re reasonably familiar with the story of Christianity, you know it left a significant imprint on western civilization, culminating with the discovery and conquest of the New World. As a writer, I wanted to explore why history unfolded the way it did, and do so from a unique angle. I feel like I accomplished that, and am excited to share this story with you before the end of the year. 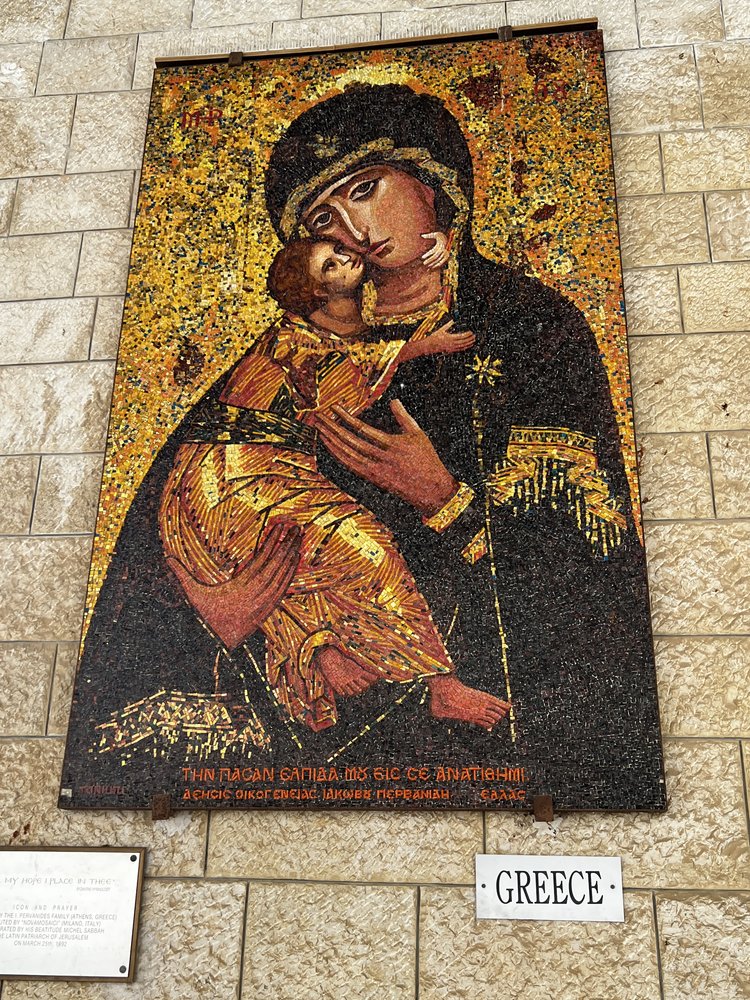 That’s all for now. Be sure to look for next week’s blog, as I am going to share something so INCREDIBLE…you won’t want to miss it!