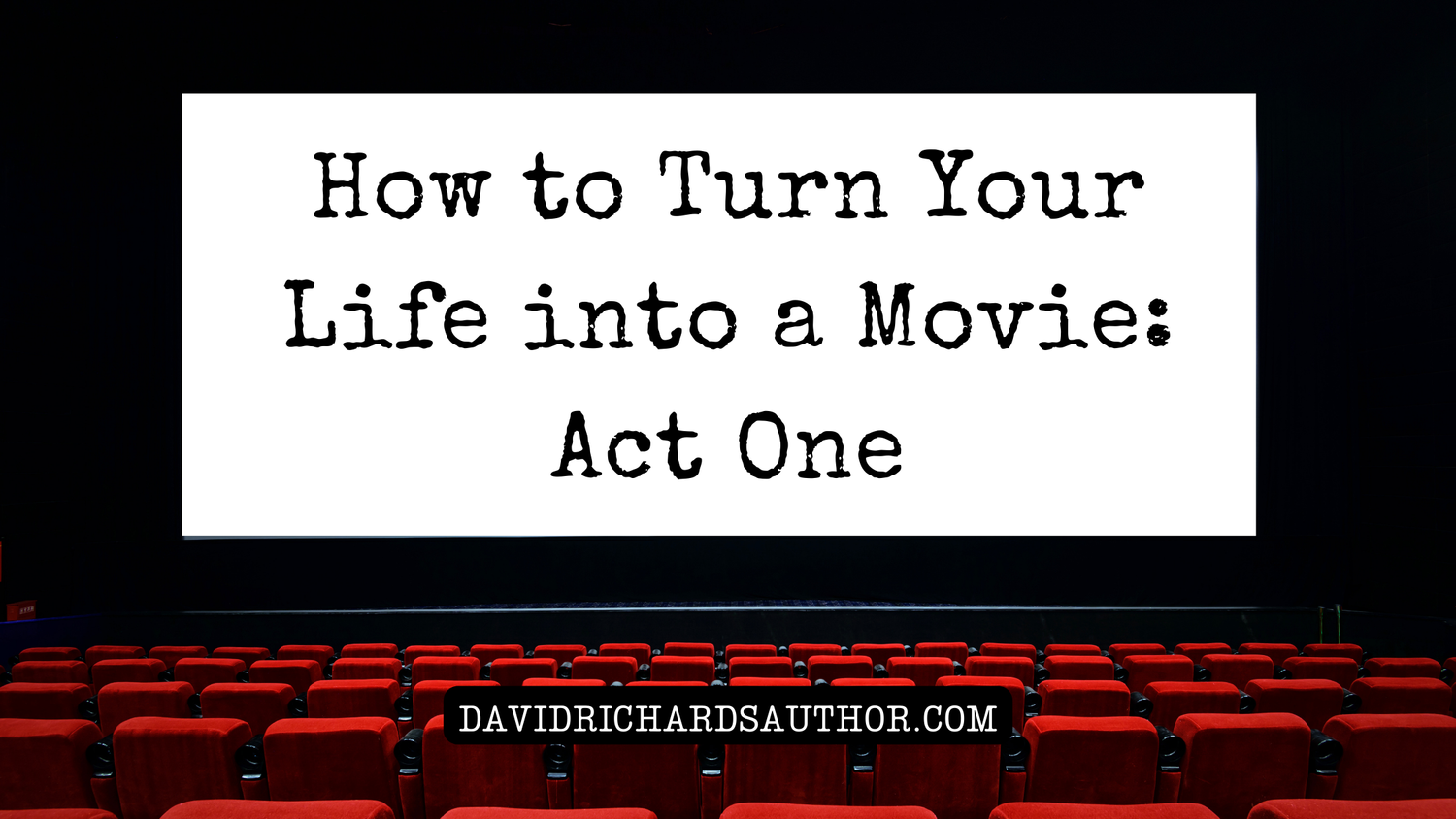 You are not a drop in the ocean; you are the entire ocean in a drop.

Is there anyone reading this that hasn’t imagined themselves starring in the movies?

When I was a kid, Star Wars was the first movie franchise I fell in love with.  My family spent three years on the island of Okinawa, Japan, and with only one American television channel to choose from, my best friend and I spent countless hours watching the original Star Wars over and over.  We memorized the entire script, each of us acting out our favorite parts; I was Darth Vader and Han Solo, he was Luke and Obi-Wan.  My brother and I went to see The Empire Strikes Back in an Okinawan theater (we didn’t get movies on the military bases for about six months after their US release).  When we found out Vader was Luke’s father?  Mind blown.

In this post, I’m going to share with you the first of a multipart series on how you can turn your life into a movie.  You don’t need to move to Hollywood.  No auditions are needed.  In fact, you already possess much of what you need to get started.  Imagine people lining up to see your film.  Think of the walking the red carpet.  Picture the emotion and impact you’ll generate from sharing your story.  This is all possible; it just requires a little imagination. 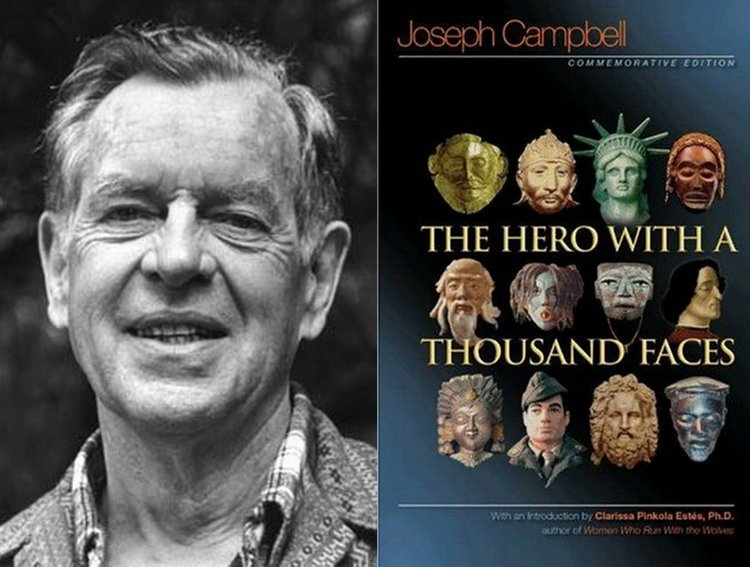 With this first installment, I’m going to go over the basic setup; we’ll explore some of the elements that make up a good movie,  To do this, I’m going to pull from Joseph Campbell’s book, The Hero with a Thousand Faces.  From there, we’ll look at what you already possess to be successful in turning your life into the greatest adventure you can imagine.  Finally, I’ll show you how Thanos, the Mad Titan and primary villain in the first major story arc of the Marvel Cinematic Universe franchise, actually wins at the end of Avengers: Endgame and what this means for you.  Along the way, we’ll revisit some well-known films to examine the elements that make them great.

I’ll confess.  If you’ve read my blogs for even a short time, you know I am a huge superhero movie geek.  I grew up reading comics, and seeing the heroes of my childhood on the big screen makes me feel like a kid all over again.

Most of my creative ideas come from teaching yoga and watching superhero films.  That sounds silly, but it’s true!  My first book, Whiskey and Yoga, sprang from the odd mix of teaching yoga while developing a taste for old scotch (hint: they both involve spirits, hence the book’s title).  The idea for my second book, The Lighthouse Keeper, came from the first book, and was a concept I shared with my yoga classes; it was the idea that your mind is an ocean, full of all your memories and everyone you’ve ever met.  Your awareness, or where you put your focus, is the lighthouse.  Both yoga and superhero films played a HUGE factor in working on my third book, Love Letters to the Virgin Mary, which launches December 8th.

But what makes for a good movie?

We all have different tastes when it comes to movies.  Some people like romance, while others enjoy a good horror film.  Drama is a good escape for some, while others like action and adventure.  In this blog and the ones that follow, I’m going to focus on the elements that make any movie exciting, regardless of genre.  To do so, I’m going to explore themes from Joseph Campbell’s The Hero with a Thousand Faces, which focuses on the hero’s journey.  As we review the elements from the hero’s journey, you’ll begin to see themes that you recognize from some of your favorite movies.  That said, here are the twelve steps in Campbell’s hero’s journey: 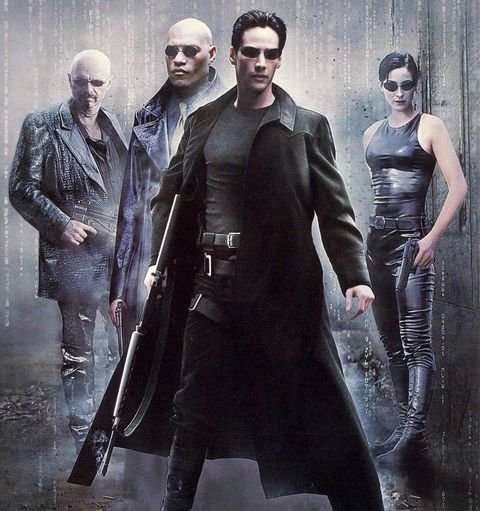 Looking at this list, are there any movies that immediately come to mind for you? The first movie I think of is The Matrix, starring Keanu Reeves. When I think of that movie, I can clearly identify most, if not all the steps here: he’s just a regular guy, living his life, when suddenly he gets a strange phone call. He’s told that he isn’t in the real world, but initially refuses to accept this. Then he meets Morpheus, and the movie plays out the rest of the steps there.

With that quick summary, we can say that a good movie needs a compelling story, or plot. There must a strong story arc, one that attracts the audience. Something that draws interest. Additionally, the plot must contain themes that resonate with the audience, making the story relatable. Like Neo, we all live in an ordinary world, and I suspect most of us have dreams that call to us…our aspirations for adventure.

Similarly, the character must have a compelling story arc; they must grow on their journey. I could stay with Neo and The Matrix here, but any chance I get to dive into the world of comics, I’ll take it. In this case, let’s look at Robert Downey Jr.’s portrayal of Tony Stark in the Marvel movies.

Stark starts out as the ultimate narcissist in the Marvel Universe. Though a genius, he has trouble playing well with others, and his narcissism leads to internal conflicts with the team as his story arc progresses through the films. 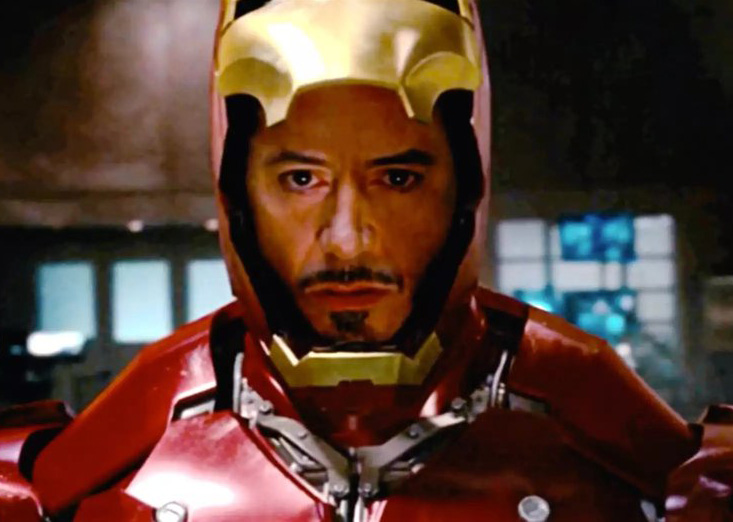 Finally, in Avengers: Endgame, Stark comes to the realization that he is the one who must make the ultimate sacrifice to stop Thanos.  His character grows considerably from start to finish, from supreme narcissist to true hero.

Your life is a movie.  You are the Director.  Your eyes are the camera.

The first question is, what kind of story are you telling?  Is your life a drama?  A tragedy?  Maybe it’s a romance, or an adventure.  Maybe it’s a combination of several of these.   Where you place your focus and the meaning you assign to what you experience defines what kind of movie you’re making.  While we cannot always control the circumstances we experience, we have 100% control on how we respond to those experiences.

You are also the lead character in your movie.  This should be obvious, but the question we must ask ourselves is, what is my story arc?  Am I really the lead in my movie, or have I been spending my time playing a supporting role in someone else’s film?  We all play supporting roles in one another’s films to an extent, but to gain real clarity here we need to understand…are the people I’m surrounding myself with helping me on my hero’s journey, or inhibiting my progress?

In keeping with the theme we’ve created so far, the final question we need to ask at this stage is, who is writing our script?  Are we relying on external influences like the media, our favorite sports teams, or our peer groups to tell our story, are we writing it ourselves?

We’ve covered a lot of territory in this first post, and we’ll unpack some of it and go into greater detail in upcoming posts.  To close, I’m going to explain to you why Thanos won at the end of Avengers: Endgame, and why that matters.

The quote at the beginning of this blog is one of my favorites from Rumi, a 13th century Persian poet.  The idea underlying his quote is, you are not one person in the universe, you are the universe in one person.  It seems extraordinary to comprehend, given how incredibly vast our universe is, and yet physicist tell us that the four main elements found in abundance in the universe are the same four elements that we’re made of: hydrogen, nitrogen, carbon, and oxygen.  How does Thanos fit into the picture? 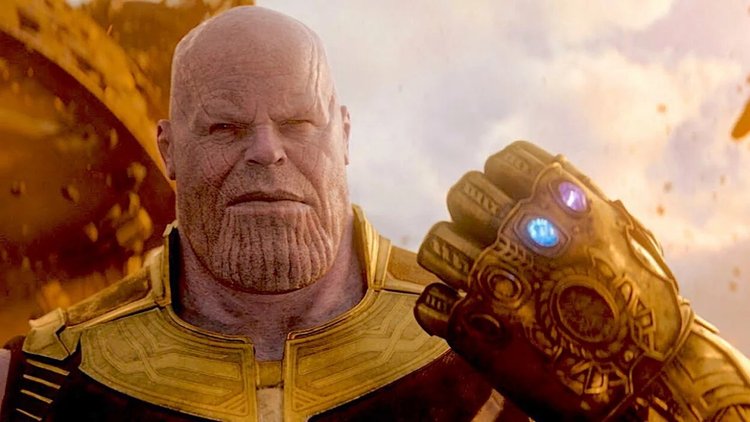 If you are familiar with the films and the story, you know that Thanos wiped out half of all life in the universe in the third Avengers film, Infinity War.  In the story arc that culminated with Avengers: Endgame, Thanos (which is a spin-off of the Greek Thanatos, or personification of death) is determined to retrieve the Infinity Gauntlet and shred the universe down to its last atom.  At discussed previously, Tony Stark makes the ultimate sacrifice play, “defeating” Thanos in the process.  Thanos and all his cronies turn to ash and disappear.

When we take Rumi’s “drop of ocean” concept and apply it to the film, Thanos gets exactly what he wants…his universe is reduced to nothing.  The question I’ll leave you with is…what exactly are you doing with your universe?

In the next blog, we’ll look at more elements necessary to ensure your life’s movie is a blockbuster, and we’ll explore the heroine’s journey as well.